I will have to agree with William. I love my parents, and how strong they were dealing with me as a child with ADHD and not knowing about it till years later. I was a terror child the only thing missing were the clove goat legs and horns. I made a mess of things, and thinking back I always end up breaking down emotionally and hating myself for things I did when I was younger.

My mother and father had to deal with me not so much with my brother as he was well considered the normal one out of the pair us with a five year span that separated us. I was supposed to be the role model and I ended up being a failure at that as well. I look back and I realize, yes I’m lucky in the aspect that I did end up getting married to someone who loves me regardless of my faults and the broken pieces of myself that came with me. Someone who bore not just one bundle of happiness into our lives, but 3 (The twins) and that helped me get my head out of my rectal cavity and face reality to try to really come to grips with my monster ADHD and try to cope and collar the beast, stay with a stable job, keep a house over our heads, try to improve myself and become a better person in my family’s eyes.

Yet, there will always be arguments that will just plow through the walls I’ve built over the years, the good kind, confidence, self-value-esteem-worth, all shot to hell because of something I did or didn’t do and correct or didn’t do at all or completely screwed it up beyond saving and being told “hate you!” or something else similar and all I can do it just take it rather than argue because it will do is cause more chaos. So I just mentally crawl into a small ball and let the blows mentally thrash against the chinked and scorched armor I try to keep together with duct tape and chicken wire and refrain from lashing back out.

I want to be a better person, I want to further myself along the road of achievement, but as it stands and it has almost always been I travel down the road and end up hitting a landmine or grenade down my career road and I end up on a curbside or worse a ditch and I struggle to get back up after repairing what I can. But how far does that take me? At the moment I’m not even sure where I am at on the road as it currently.

People wonder why I don’t talk about politics or news relating to global events. Reason being is, the world is a fucked up place lets be brutally honest, is anyone person to blame? No not really, we’re all about equally guilty at/on one level or another. War, famine, disease, inflation, people in the streets protesting the status quo, political rallies, using their voices to be heard but falling on deaf ears.

I stick with what I know family, gaming, manga, anime, art, literature, music and podcasting. Do I go to forums still? Yea, I still have one myself for my own dreams of a Gaming Studio and to help out peeps that need a place to post with the option to hide from prying eyes of the public for their projects. Do still post at them? Yea from time to time, when there is something on interest to reply to/or of interest.

I don’t consider myself of any real importance on the universe, I see myself as someone who watches over my offspring and will sacrifice my own to keep them safe, that’s my own real worth at this point and time in my own existence. Selfish was a question and a statement that was thrown at me a number of times by someone I knew, saying I never took the blame for any event that may have happened. I really don’t think I should have to justify myself because of this person or anyone else really, but needless to say, I have done some considerable damage in and on my own lifeline.

What they are is my concern. Not the internet, not some anon I’ve never met, and nor will I go into it further save for that I take responsibility for my own actions and accord and if people can’t accept that? Get stuffed I say and good riddance to you Sir/Madame. With that said I’m going back to work for the rest of the day.

Check this, Google has wearable tech now labeled “Glass”. These stylish optical frames allows you to connect, blog, record, share, hangout, get the weather, get directions, and other unique functions as well. I’m also betting that the screen in front will also allow those with vision impairment to see well and share with others while interfacing with their PC, or Mac, or Palm pilot/pda tablet thru Bluetooth.

This was a concept I and a few others saw 20 years ago when the Role Playing game by Catalyst Game Labs “Shadowrun” game out and introduced the X Generation to a universe only limited to your own imagination with some extras thrown in for missions and other ventures into a universe where dragons can carry around a Railgun and not have to breath fire to scare one into crapping their pants by sheer appearance only. Glass also resembled an item in another RPG World from Palladium called “Rifts“, and also Gurp and Champions.

Seeing this become a reality opens doors in technology. Media, Education, health science, there are many uses for #GoogleGlass and I hope I become one the few many that will get a chance to experience the #GoogleGlass when it comes around my town 😉 .

This little excerpt is from a thread on a place that has me perplexed at its existence, and how it survives feeding upon itself. Names will not be revealed due to possible harm it could cause them. I am only doing this as the person in question does seem to be completely clueless when stating things he/she hasn’t even researched and looks like an ass because of the lack of research thereof.

I’m amused that Leon is reaching out to anyone.

[It’s wasn’t a reach out or an Olive Branch, Brent and I have never been at odds with each other “ever” so striking up a conversation on related topics was relatively welcomed. He’s had quite the life in his young life so far, and it’s been quite interesting to hear some of his ventures and scribing’s as a playwright. His plays are quite an interesting read if you ever actually sit down and do a complete read through rather than gleaning just enough to possibly troll or attempt to in some entice him to lash out at your for your entertainment. His political views are a bit extreme, but then again those who love their country are quite adamant on speaking out on the politic situation when they think it’s out of touch with reality in one sense or another. I respect his opinions, I may or may not agree with some of them, but I’m not going to be a dick about it and troll them on it either just for the sake of having a laugh at their expense.]

His posts on things like deviant art and his blog alternate between talking about his family and long rambling things about anime. I never see anyone comment thought. Especially after I decided to leave him be.

[Let’s get something straight here first shall we? Talking about family is no crime, maybe boring and dry in some areas, but hey that’s what I like blogging about from time to time. As far as my ramblings go, they’re just my opinions in reference to them. You should have included Manga, Video Gaming, and Technology as well as you seemed to have omitted those out as well in your statement.]

His podcast is amusing because he left the one he was formally with after he got butthurt and had a falling out with the guys who produced it with him.

[My podcast, I’ve never said it was “my” podcast. We share it actually, I and six other people as well. Some of which have quite a bit on their plates at the moment ergo the lack of their presence on the recent podcasts. As far as the current podcast is I didn’t have a falling out with Dustin, nor David, you’re assuming it was a falling out. They had scholastic issues of their own they had to deal with and take care of. They have just recently revived an older podcast they had even before The Kool Kids Klub podcast and The Cybernauts.
Anime of Yester-Years is what it’s called, the cast consists of Dustin, Dave, and on occasions, our own Vee-Monjosh, because he is friends with them as well. We didn’t separate our ways on bad terms which seems to be what you’re implying. But then again, it does boil down to you not researching and getting all the facts straight before you post in a slightly slanderous format. Where it comes down to comments being left? Rarely do I get comments from the actual readers on “my” blog. The Cybernauts get a few on occasion, but also that particular blog also gets spam-based comments from script kiddie ran bots. ]

Chelyabinsk got a bit of a rude awaking this morning as a 900 meter, 10 ton chuck of space gravel hit our atmosphere and streaked across the Russian city in the morning dawn. People woke up with glass shattering around in buildings, panes actually falling out their sills, car alarms going off for 40 mile radius. There are some 450+ people being treated for glass injuries. A Zinc Factory, now it rubble as the meteor plowed through the top of the factory.

The fact that this happened make me and I’m sure some others out there, just how close is this huge meteor is really going to pass by the earth soon? Will there be more? Were the mayan’s calculations off by a few months by forgetting to carry a number or misplaced a decimal? Time will tell but this was definitely a rude awaking for Mother Russia.

Chika posted up a pretty cool 1st look at Sagimori Arata, which actually brought a smile to this recovery flu stricken otaku’s face. Thanks Chika! 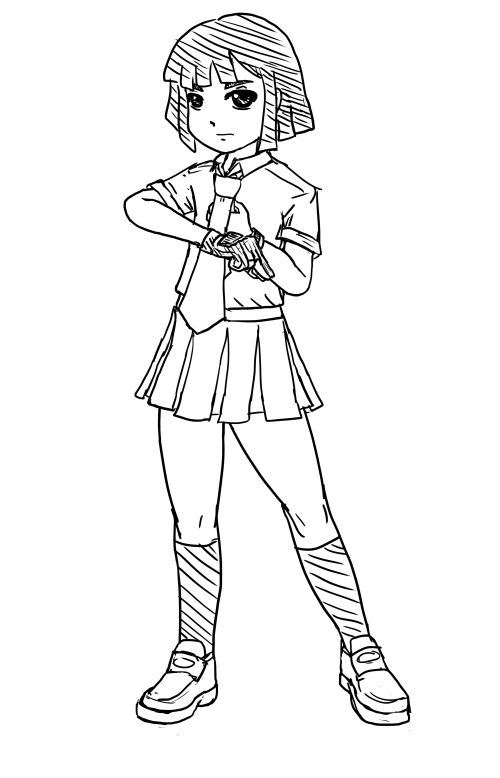 Madarame seems to have peeps.

philosophic topics and the arts

because anything is possible with Charisma

1001 video games and beyond

conversation's deep, when you talk to yourself...there's no way to cheat...cause you know you can't be no one else...

Defenders of Anime, Manga and Video Gamers of The Universe

Inspiring, Encouraging, Healthy / Why waste the best stories of the World, pour a cup of your favorite beverage and let your worries drift away…

Passionate about cooking and baking and love to share.

Cultural Critique, Art and The Musings of a Moral Mad Scientist

A Focus on Podcasting Technology for Education

Tales of Mystery and the Supernatural